Anderson Cooper (born 3 June 1967) is an American journalist, TV personality and author. Whilst no allegations of child molestation have been raised about Mr Cooper, internet researchers have found odd things about his background.

Art Above the Bed

Anderson and Carter Cooper with their mother, Gloria Vanderbilt in 1972

Photographed in 1972, Mr Cooper appears with his mother and brother. Above the bed is an interesting art work.

It seems to show a priestess, dressed in black with a white face, standing over a funeral pyre whilst two angels look on from the sides. 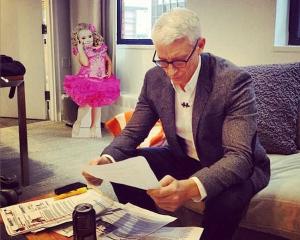 A seemingly innocent photograph of Mr Cooper sitting at table reading papers was recently published on the internet. Further analysis by Anons discovered the pages on the table were particularly interesting. 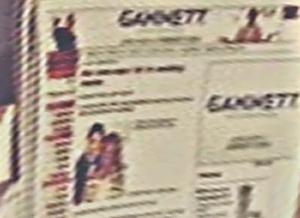 The text on the letter was initially thought to say Gannett–a media company–but closer inspection revealed it said something else: бAЖЖE77

Translating бAЖE from Russian this is Bazhe, a type of walnut sauce. As discussed elsewhere on this site, walnut sauce is a code word used in pedogate.

77 is a possible reference to Crowley’s Liber Oz1 (or Book 77); the primary message of which is “Do what thou wilt”.

Debunking the Cut Out

The cutout of a child in the image above is thought to be irrelevant. He was given this on a television show.

This is Honey Boo Boo whose mother recently reunited2 with a pedophile despite him molesting her daughter3. 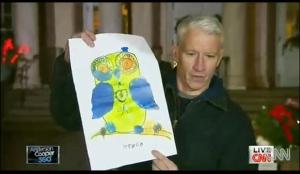 Anderson Cooper is a journalist on CNN; his Sandy Hook coverage was particularly noteworthy. Above he is holding a child’s picture of Moloch the Friendly Owl and below is a playground dedicated to one of the children who tragically lost their life.

We hope this gives international viewers an idea of who Anderson Cooper is. 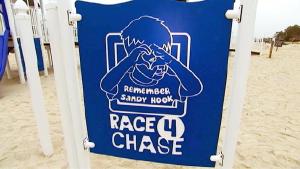