Robert de Niro (born August 17, 1943) is an American actor, producer and director who has both Italian and American citizenship.

He has been associated in many scandals.

De Niro was listed as a customer of a prostitution ring which used children:1

The case uncovers the brutal methods used to snare young women - some as young as 15 - into a call-girl agency specialising in wealthy, high- profile clients. It also exposes attempts by the French government machine to block an investigation which might embarrass senior politicians and damage French interests abroad.

Six people are charged with the running of an international prostitution ring, whose call-girls entertained the actor Robert de Niro…

De Niro gave an alibi for a man charged with 133 counts of sexual assault against two children2:

The actor could be dragged into another sex inquiry. Just as the “Wag the Dog” star is starting to simmer down after being grilled by French authorities probing a prostitution ring, his name has popped up in a Pennsylvania pedophilia case. De Niro has not been charged with any wrongdoing. Rather, he has been asked to be an alibi witness for Bruce Wishnefsky, who has been charged with 133 counts of sexual assault against two underage girls in Carbon County, PA.

Samantha [Gailey] had met Polanski through her mother, Susan, a television actress. The director said he had an assignment to photograph young girls for a Paris fashion magazine, Vogue Hommes, and had heard about Samantha from a mutual friend.

Polanski went to her home on the afternoon of Feb. 20 and took some pictures in the hills nearby. He picked her up again on March 10, stopped at Jacqueline Bisset’s house and, as the light was fading, went to Nicholson’s compound on Mulholland Drive.

Polanski dropped Samantha off at her home a few hours later and went about his business. He met with Robert De Niro that evening to discuss making a movie based on a William Goldman novel, “Magic.”

The next night, a team of seven police investigators and prosecutors pulled up to the Beverly Wilshire Hotel.

Robert De Niro and Roman Polanski have maintained their friendship all these years.4

He is mentioned as a visitor to accused pedophile Peter Nygard. 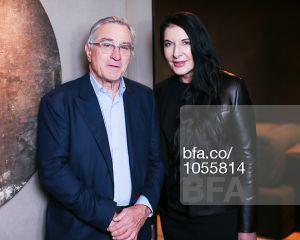 This photo’s EXIF data, the event was the opening of the TriBeCa Penthouse by Axel Vervoordt at The Greenwich Hotel and was taken by David X Prutting/BFAnyc.com on April 17th, 2014.

Connection to St. Tropez, in France

From the Radar Online by Gina Bacchiocchi, published on September 9th, 20146:

De Niro reportedly claimed he had met Bourgeois through tennis player Wojtek Fibak, who told him the soft-porn photographer could set him up with beautiful women.

“The first time Bourgeois showed me photos of girls, they were taken from mags like Lui and Playboy,” De Niro testified, according to Levy. “He said he could introduce me to them, in a friendly way, without any notion of money. It is possible that I chose one of these girls, and it seems that Charmaine Sinclair was the one.”

He later claimed he had sex with Sinclair in a St. Tropez villa, but “there was no money transaction.” He was not arrested or charged with any crime, found only guilty of having sex with a woman who at other times sold her body for large sums of money, the book claims.