Living in Oblivion is a series of paintings by Serbian-born artist Biljana Đurđević, right. Her art is found in Tony Podesta’s home and other pedogate luminaries.

Her series Living in Oblivion (2006 — 2009) explores themes of child exploitation and Christianity. The series, and her art in general, is full of peculiar leitmotifs such as red shoes & swimming pools.

It has been quite difficult to get information about this series; many of the references to it, and to the artist, have been removed from the internet.

We will examine some of gruesome features in this series. 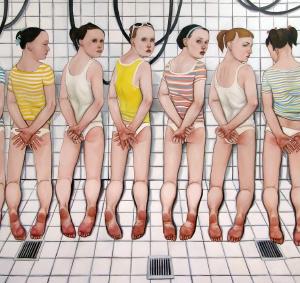 A recurring theme in the artist’s work is child exploitation. The children, who are exclusively Caucasian, are featured in various states of undress and appear somewhat distressed.

The painting above depicts girls kneeling against a wall, as if awaiting a dreadful fate. The floor and tiling give clues it is a swimming pools. Leather straps hang ominously from overhead.

The children seem to glare at the viewer with some children looking scornfully into the distance, as if they are looking at the abuser.

The children’s behinds are reddened, as if they have been spanked, or worse. 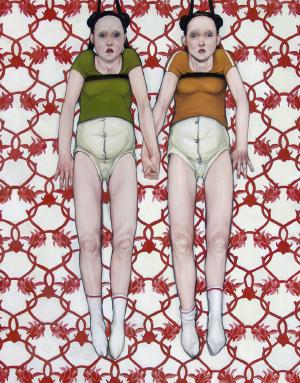 Here two blue-eyed Caucasian girls, possibly twins, are strung up by the shoulders by black leather straps. They appear scared and hold hands, as if awaiting a terrible fate. 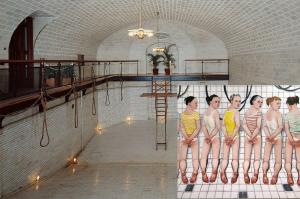 Swimming pools feature heavily in this series. Many scenes are within swimming pools and feature straps that hang from the edge. The photograph above is from Biltmore House, formerly owned by the [Vanderbilt Family](/pedocrats/anderson-cooper/].

Passion, 2005 depicts a similar scene associated with the title, identifiably the Virgin Mary with Christ. In Djurdjevic’s adaptation, the main figure is an adolescent girl, shown frontally and elongated like in the Baroque style. The young mom, presenting her child, contaminates the iconographic image of Mary with the baby Jesus and gives the recognizable model a modern spin, even adorning the girl in a Mickey Mouse t-shirt.

The Passion of Jesus, as referenced in the artist’s title, refers to the final period of Jesus’ life before he is arrested by the Sanhedrin and sentenced to death by Pontius Pilate ad crucified by the Romans.

For the artist to depict Mary offering a dead infant Jesus to viewer is somewhat interesting. Depicting Mary as slovenly trailer trash festooned in a Micky Mouse T-shirt would anger many Christians, particularly Catholics. The artist seems keen to incite religious hate.

Jews have, for millennia, battled charges of “Christ Killer”. By stoking up this anger perhaps the artist is making a point about antisemitism, or perhaps she is simply an antisemite.

Similar themes are found in the piece below where Jesus is depicted as a woman wearing a crown of thorns. Kitchen forks are stabbed into her arm instead of nails. The theme of the sacred reduced to trailer trash is present again. Interesting the black leather strap is wrapped seven times around her left arm. Funny that! 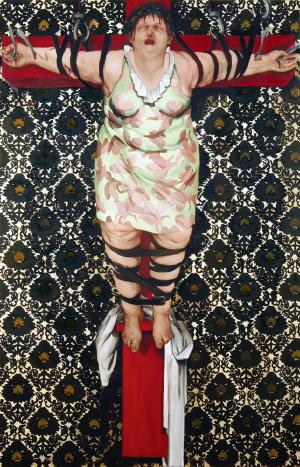 Relatively little is known about the artist and I am keen to receive further information.

Đurđević is a Serbian name.

The artist grew up surrounded by the carnage of the Serbian War; it is highly likely this informed her art.

More by the Artist 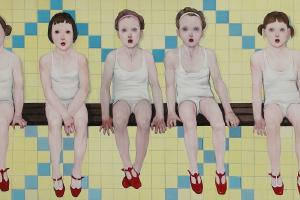 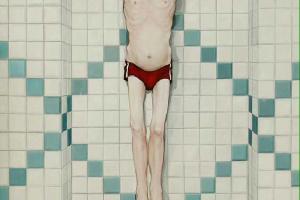 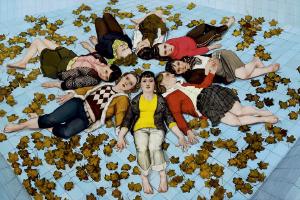 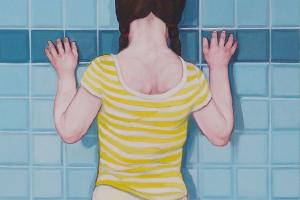 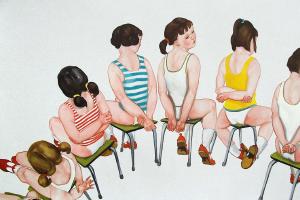