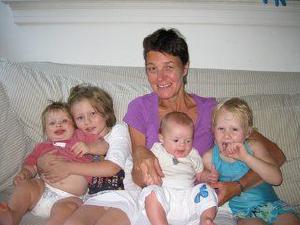 Tamera began her career working in the office of Senator John D. Rockefeller from 1985 to 1999, rising to the level of chief of staff. “Ms. Luzzatto was his primary adviser on the National Commission on Children” [and] the Pepper Commission on Health Care.1

She obtained a new position as chief of staff to Hillary without interview, having been recommended by none other than John Podesta2.

Francis Luzzatto worked as a senior officer in the Center for Democracy and Governance at the Agency for International Development’ (AID). Quite what this cryptic job means is unknown.

The Luzzatto family is Italian Jewish, said to have come originally from Germany, but resident in Italy since the early 16th century.3

Tamera was previously Hillary’s Chief of Staff during her tenure as New York senator. During this time she was known as a member of the Clinton ‘coterie’ known as Hillaryland, which dates back to her bid for first lady in Bill’s 1992 campaign.

This core group of ‘aides’, comprising 13 women and 1 gay man, inhabited the West Wing of the White House where, “according to Clinton, Hillaryland had its own subculture, based on camaraderie, never leaking information to the press, and having plenty of toys and cookies around for the children of staffers – as Hillary put it, “While the West Wing had a tendency to leak… Hillaryland never did, and every child who ever visited knew exactly where we stashed the cookies’4.

An email from her was discovered in John Podesta’s emails which seemed to advertise children for sexual services:

Bonnie will be Uber Service to transport Ruby, Emerson, and Maeve Luzzatto (11, 9, and almost 7) so you’ll have some further entertainment, and they will be in that pool for sure.

This led to the discovered of a website called Evie’s Crib which had further incriminating evidence.

The Maeve mentioned in the emails was born 29th October 2008; the birth is featured on the MAMAS website. It even mentioned Emerson & Ruby, also discussed in the Podesta emails.5

Does anyone know who he is? He looks like the (famous owner)[/pedocrats/james-alefantis/] of a pizzateria. 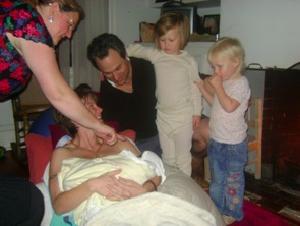 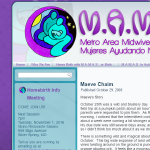 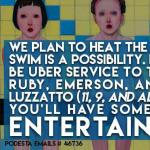 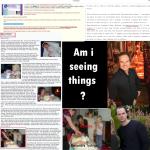