Bill Clinton
The 42nd President of the United States

Sorry, this page is incomplete!

If you wish to finish it off see our contribute page or check back in a bit.

42nd US president and husband to Hillary Clinton. He has been accused of rape and sexual assault. His major achievement was teaching Americans the meaning of the word analingus.

Connection to the Clinton Foundation

Co-founder of the Clinton Foundation. Numerous individuals associated with the foundation and its related Clinton Global Initiative have been associated with pedophilia.

Alan Dershowitz, Jeffrey Epstein’s attorney, testified he is not sure whether Clinton engaged with minors on Epstein’s island.

From Page 208 of Dershowitz’s sworn deposition:

Connection to the Kevin Spacey 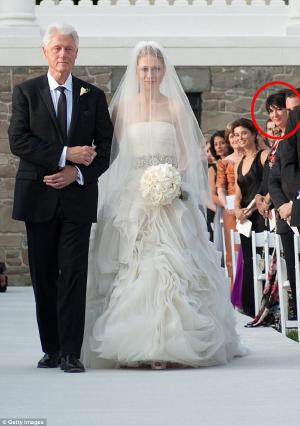 Before leaving office, President Clinton commuted the sentence of former Illinois Congressman Mel Reynolds. He had spent 30 months in State prison for the statutory rope of a 16-year old.