Ariel & Prospero (1933)
Statues outside the BBC

Ariel & Prospero by Eric Gill was installed outside Broadcasting House, home of the BBC, in 1933. It depicts two characters from Shakespeare’s The Tempest: Ariel and Prospero.

In The Tempest, Ariel — the boy — is a spirit banished by the witch Sycorax for not being evil enough. He is later adopted to serve the white magician Prospero.

In later years it was revealed the artist had incestuous relationships with his sister, raped his daughters and molested the family dog.1

The Pied Piper of Hamelin is a story from the Middle Ages where a mysterious Pied Piper offers to rid the town of Hamelin of a rat infestation in return for gold coins. He rids the town of the rats with his pipe but when the town does not pay, he uses his pipe to abduct all the children of the town.

It has been argued the Pied Piper of Hamelin is based on real events in Hamelin, Lower Saxony, Germany.2 This would explain both the flute & the gaggle of children.

It has also been argued this story is a retelling of an earlier story from antiquity: Pan & Daphnis. 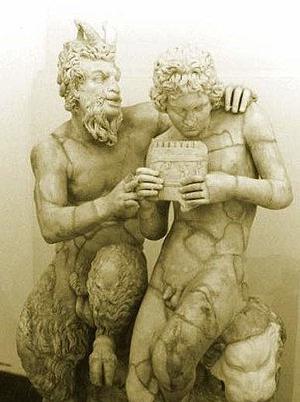 This sculpture dates from 100 BC and depicts the Greek god Pan teaching a young Daphnis to play the pipes.

Daphnis was a shepherd who was lusted after by both Apollo & Pan. In exchange for his affections, Pan taught Daphnis to play the pipes.

Incidentally, in one of the fables, he is turned into stone for spurning the advances of a woman.

It is possible the statue is based upon the relationship of Pan & Dephnis. 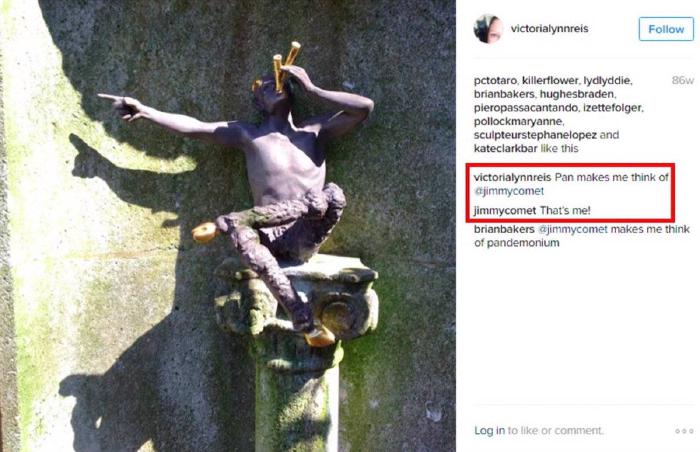 The statue was removed for cleaning during the renovations of Broadcasting House in 2011. A number of BBC employees commented about a strange marking on the statue’s back:

A few of us also got a tour of the new Broadcasting House, where apparently there’s something very interesting carved on Prospero’s back. 3

Images of this would later surface; they show a woman with a darkened eye on the back of the statue. It lacks Gill’s trademark style.

Engraving found on back of statue 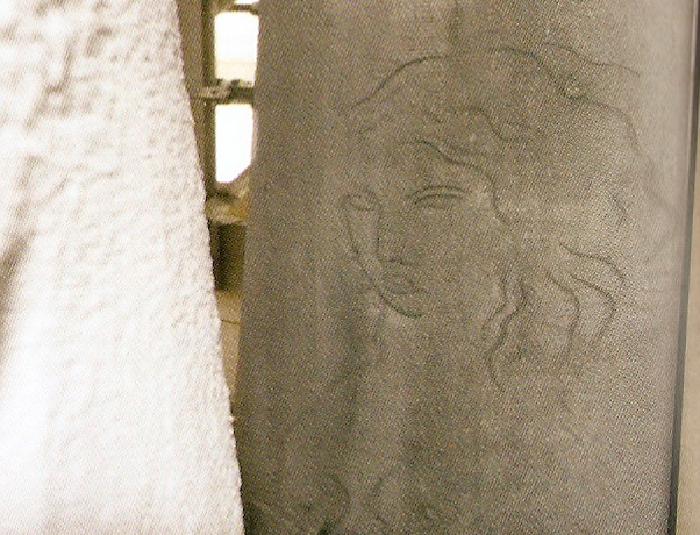 It is likely this image on the back unlocks the meaning of the sculpture; if you have ideas please get in contact.

The darkened eye, which is doubtlessly significant, is clearer in this photograph.

Eric Gill’s step-daughter, Antoinette Lyons, later wrote a book in which she accuses Gill of sexual abuse. His own diaries reveal he regularly had sex with his sister & two of his daughters.1 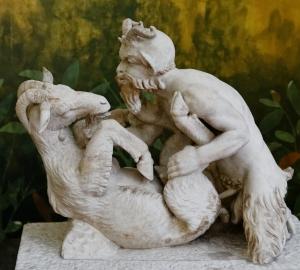