What a charming place 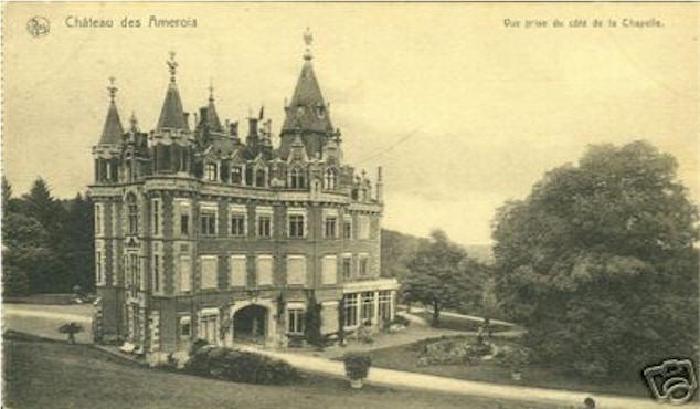 Chateau Amerois ( Castle of Kings ) was built over an existing castle in 1877 for Prince Philippe, Count of Flanders. It is widely known as the Mother of Darkness Castle and has an inner cathedral with a “place of a thousand points of Light”, alluded to in George Bush Snr’s inaugural speech.

It was formerly owned by the Saxe-Gotha-Coburg family which is now known as Windsors, or the British Royal Family. It was later sold to the Solvay Group before World War I. We have a detailed section all about HM Queen.

The Solvay Group first created and added Fluoride to the water of Jewish ghettos in the war (to passify them) and are the inventors of Prozac1.

The castle is surrounded with so much disinformation that finding the truth is virtually impossible.

A report of the Dutroux affair refers to the letter of a retired Gendarme (police man) talking about this castle. The book has reports from a Dutch priest that it was a place where satanic soirées took place with child sacrifices. An American solider from NATO, who took part to one of these parties and felt disgusted, supposedly gave this information to the Dutch.

Such discussions are not included on this site as we do not wish to scare away the normies but do google a thousand points of light.