Madeleine McCann, born May 12, 2003, disappeared on the evening of May 3, 2007 from her bed in a holiday apartment in Praia da Luz, a resort in the Algarve region of Portugal. Her case has been called “the most heavily reported missing-person case in modern history”.

There has been much speculation around what precisely happened to Madeleine

Following the release of the Podesta emails, the Internet community noticed the uncanny resemblance between the suspects and Tony and John Podesta. It was discovered that John Podesta’s email had a mysterious gap between May 4, 2007 and June 14, 2007.

Not only did John not respond to emails around the time of Madeleine’s disappearance, but when his records begin again there seems to be indication that was using a new email. 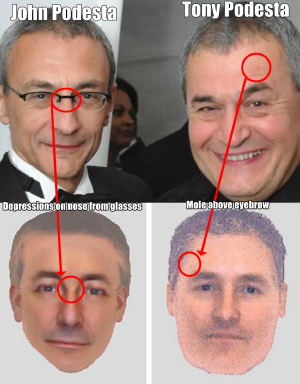 The eFit images of the suspect are not from Scotland Yard but were generated by a private investigator commissioned by the McCann family2. The agency was Oakley International and was headed up by Kevin Halligen.

A ‘private investigator’, presumed to be Mr Halligen, would tell the Daily Mail they were passed to the police in 2008 and suppressed for 5 years3.

In her book she recounts how she was invited over to the holiday home of Clement Freud, a UK celebrity. His holiday home was a short walk away from where Madeleine was abducted.

On reading this book, a woman wrote to Mrs McCann to say she had been raped by Clement Freud as a child5; two other women would later accuse him of rape6. Freud died at his desk aged 84 in 2009 so these accusations were not pursued although the police stated they would “stand up”7.

Clarence Mitchell, who was sent by the UK Cabinet Office to advise the McCanns, would join Freud Communication—owned by Clement Freud’s son—in 20088.

Cyril Smith & Clement Freud shared an office when they were both Members of Parliament in the 70s9. Cyril Smith was a notorious pedophile who abused over 100 children.

The McCanns were joined on holiday by seven other people; these are typically referred to as The Tapas 7.

In 2007, Portuguese were approached by an English doctor who was friends with Mrs McCann at university. Dr Gaspar had previously been to Majorca, Spain in September 2005 with the McCanns. They were joined by two other couples, one was Fiona and David Payne who had brought their daughter. Drs Fiona & David Payne would holiday with the McCanns when Madeleine disappeared.

In a police statement, Dr Gaspar alleges Dr Pain sucked his fingers and asked if her daughter would do this10. Dr Gaspar took this to mean whether her daughter performs felicio.10

Mr Philip Martin Edmonds is Swiss-based Steel tycoon who is also Margaret Hodge’s nephew. According to Portuguese police he left Praia da Luz early on Friday morning (4 May 2011), within hours of Madeleine’s disappearance being reported.

Margret Hodge (nee Oppenheimer) was exposed in 1992 for covering up extensive child abuse in what became known as the ‘Islington Children’s Home Scandal’11. She was later, hilariously, made Minister for Children by Tony Blair in 2003.

A Note on the McCanns

Let us pause briefly and remember behind this missing child there are two distressed parents.

Pedogate is pure, pure evil. It is not beyond the realm of possibility they have been framed or used, or both.

In addition police also released a picture of a female suspect seen in Barcelona shortly after Madeline’s disappearance. 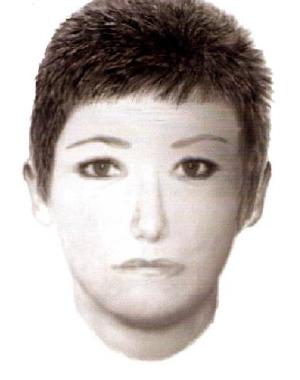 Please contact police if you can help. Here’s a picture of Clarence Mitchell — PR representive to the McCanns — holding up a picture of a Ghislaine Maxwell-look-a-like in a news conference: